TBC have a newly commissioned piece of work in Slice, opening at Rich Mix, London E1 6LA on 1 September 2011. Appropriating the various and undulating spaces of Catherine Wheel Alley, E1, as a live studio, TBC applied the ideas of dance theorist Rudolf von Laban and the novelist Italo Calvino to a performative ‘drawing’, exploring and mapping the environment through a combination of lines and motion. White boiler suits homogenised the performers with the space and its architectural features, drawing attention to the symbolic red elastic lines and shapes generated as they moved together topologically. The resultant ‘drawing in space’, Khoros, plots the relationship between the artists’ physical encounters of the location and their shared experience of collaborative movement.

Slice is open 1-22 September at Rich Mix, London, and the National College of Arts, Lahore.
www.richmix.org.uk

More information about the Slice project and TBC's film, Khoros, can be seen on the Slice website:
www.london-lahore.com
Posted by TBC Artists' Collective at 14:59 No comments: 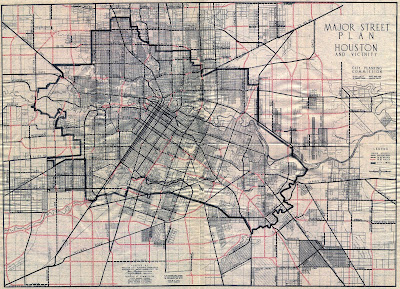 During August TBC Artists' Collective will be taking part in a project in Houston, Texas. A Message To... Houston will involve TBC members - Beverley Bennett, Charley Peters, Laura Davidson, Paul Mendez and intern James Tuitt - researching notable residents of Houston and creating a new piece of interventionist work inspired by their findings. The final works will be installed in locations around the city. The works and their placement in sites in Houston will be recorded and can be seen on the TBC Online Project Space at the end of August.
Posted by TBC Artists' Collective at 13:25 No comments: