Stay tuned to 12-Pages for more project news and check out lahorelondon.wordpress.com for ongoing developments on Slice from London and Lahore.

Posted by TBC Artists' Collective at 14:01 No comments:

Today TBC Artists' Collective met with other artists participating in the Slice project at Rich Mix, one of the London venues for the exhibition in autumn 2011. Through a web conference the artists in London and Lahore discussed their ideas for the project and formed some initial collaborative relationships.
The Slice blog lahorelondon.wordpress.com/ records the ongoing development of the project in both cities and acts as a place to exchange ideas between the group of international artists. It will continue to be updated with Slice news over the next few months and will become a permanent archive of the project after its completion.

Posted by TBC Artists' Collective at 11:12 No comments:

Slice, the international project involving TBC and 19 other artists/artist groups from London and Lahore has now been granted full funding from Arts Council England and several independent sponsors. The film below was made as part of the project's funding bid and contains information about Slice and its objectives. It features Slice's curators Fatima Hussain, Paul Burgess and Simon Daw, and images of the locations in London and Lahore where the project is based.

Posted by TBC Artists' Collective at 08:52 No comments:

The Slice project now has a blog where new information about the project will be posted by artists in London and Lahore. To keep up-to-date with Slice news go to: lahorelondon.wordpress.com

The full list of participating artists has now been confirmed.

For its sixth issue, 12-Pages asked artists to respond to the theme of Movement. Contributors from Switzerland, Belgium, Canada, Norway, the US and the UK combined with members of TBC Artists' Collective to comment on change, stasis, dynamism and process in contemporary art practice.

The parallels between 2011 and 1981 are not restricted to trends in pop culture and fashion, and cannot all be put down to 30th anniversaries. A landscape of recession, high unemployment, unpopular Conservative government - albeit latterly in coalition form - and cultural flux has prevailed in both eras, and provided the background for other, equally telling reflections.

In 1981, Greece entered the European Community (now the EU). Charles, heir to the British throne, married Lady Diana Spencer. On 16th January, left-wing radical and former MP for mid-Ulster Bernadette Devlin McAliskey was the subject of an assassination attempt by members of the Ulster Defence Association. High unemployment amongst unskilled workers whose jobs had been lost to Thatcherist policies led to millions of women entering the workforce. Hundreds rioted in Brixton, Toxteth, Handsworth and Moss Side in protest at racial discrimination and mistreatment by the police. MTV launched in August. Hosni Mubarak was elected president of Egypt. Natalie Portman was born in Israel. New Order released their debut album Movement eighteen months to the day after the suicide of Ian Curtis, representing the action of the remaining Joy Division members to regroup and evolve, capturing both the detritus of what had occurred and the seeds of what was forthcoming.

Many of these parallels - including natural disasters, wars, political unrest and economic turmoil - will give short shrift to Armageddonists who insist we are living 'in the last days'; apparently this has been the case for at least the last thirty years. Whatever has gone before is permanent and unchangeable; all we can do is look to the future and try to change things while we can. This will involve some sort of physical act or gesture, a movement.
Posted by TBC Artists' Collective at 03:15 No comments:

Posted by TBC Artists' Collective at 02:54 No comments:

Today TBC artists Beverley Bennett, Charley Peters, Laura Davidson and Paul Mendez met with the other London-based artists involved in the Slice project, a collaborative venture between the UK and Pakistan. The day involved field research into the area of London which will be the inspiration for the generation of new works for the project, and a web conference with the artists based in Lahore.

An important part of the day's activities was the selection of the part of the 'slice' of east London that each commissioned artist or group will be working with. TBC will be based in Catherine Wheel Alley, a narrow passageway leading off Bishopsgate to the east. Over the next two months TBC will be undertaking research into the area before they start work in the space generating a body of site-specific and performative drawings.

The new work will be exhibited as part of an interactive installation in the autumn at the Ideas Store and Rich Mix in London, and the National College of Arts, Lahore. TBC will also produce two publications documenting the work that they make and the processes involved in its production - one copy to be housed at a cultural institution in London an one in an equivalent archive in Lahore.
Posted by TBC Artists' Collective at 13:56 No comments: 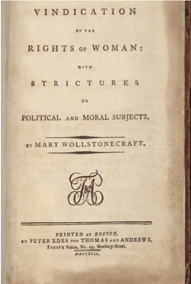 TBC Artists' Collective has now announced an open call for submissions to its June 12-Pages Online Project Space. Applicants are asked to make a new artwork in response to the theme of 'RADICALS'.


The Regency era spawned a group of revolutionary artists, writers and thinkers - including Thomas Paine, Mary Shelley, Mary Wollstonecraft, William Blake and Lord Byron - who became known as the Radicals. It was a period in British history in which the opinions voiced and artistic expression were at a level never before witnessed.


For this brief you are invited to consider modern-day radicals of the last twenty years. Work can be created by means of homage, reference, quote or interpretation. Submissions should incorporate elements of drawing process within finished outcomes, with an emphasis on your chosen radical. The notion of 'radical' can be as rigid or as loose as you feel comfortable with.

SUBMISSION GUIDELINES
OWNERSHIP
All responses should be sent to Beverley.Bennett@tbcartistscollective.org by midnight on 31st May 2011 to be considered for inclusion in the 12-Pages Online Project Space. RADICALS will be published online in June 2011.
Posted by TBC Artists' Collective at 13:42 No comments:


Today TBC artists Beverley Bennett, Charley Peters, Laura Davidson and Paul Mendez were in east London undertaking research for their international art commission Slice. The group are working towards a body of new work of performative collaborative drawings based in architectural spaces within a mile-long section of London between Liverpool Street Station and Whitechapel Station. The work will be completed by the summer and exhibited in London and Lahore in Autumn 2011.
Posted by TBC Artists' Collective at 10:15 No comments: