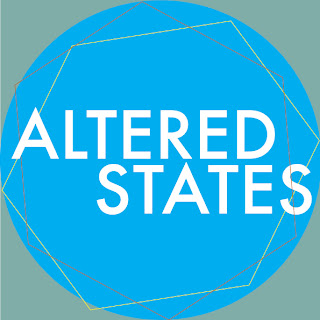 “A revolutionary action within culture cannot have as its aim to be the expression or analysis of life; it must aim at life’s expansion. Misery must be pushed back everywhere.”
Guy Debord

The European Avant-Garde set a precedent for art as a force to transform the cultural and social landscape. It was seen by some as a break out agent attempting to shift the dominant powers that had ravaged the continental landscape during the First World War. Almost 100 years later, art has become synonymous with selling, consumption and the ‘market’. Questions need to be raised about how art practice can reclaim and challenge prevailing powers, without being echoed by the capitalist mainstream. Art, it feels, has lost its radical edge. The exhibition Radicals and Non-Conformists at London’s National Portrait Gallery curated by TBC founder Beverley Bennett, showcased work inspired by radicals in the 19th Century. Further work was produced for the previous issue of 12-pages. It still remains elusive whether art today has the capability or desire to challenge the society it is inhabiting. The theme for Altered States arose from a reading of Gene Ray’s essay Avant-Gardes and Anti-Capitalist Vector published in Third Text, May 2007.

In the article Ray sets out various revolutionary hypotheses derived from the theoretical. The overall impression is that art has to develop an ability to be: nomadic (in reference to Deleuze and Guttari), uncompromising and unaware of it’s own significance. The importance of art in culture, Ray claims, is stopping art practice from becoming Avant-Garde once more. Art needs to escape. Revolutionary actions are not to be uncovered exclusively in the atelier of the contemporary practitioner. Instead, suggestions for the living artist are to look beyond the discipline of art, look toward revolutions in science and medicine, creativity in protest and transgressive lifestyles, still hidden and being newly formed. Not much different from the approaches of the now canonised André Breton, Alexander Rodchenko, Claude Cahun and Marcel Duchamp. How we now navigate through these ideas in a post-post modern world seems heavy laden with social responsibility. Almost so heavy in fact, it could lead to a creative block. A breaking free needs to be started off small, like the woman in the Netherlands who escaped from prison by digging a hole with a spoon.

The Altered States brief simply asked contributors to consider art as a catalyst for change. It was important that these ideas were considered in the widest possible sense, to bring a sense of plurality to a changed state. As we know too well, the drive for a reformed state in Europe post WW1 lead to in Germany, Italy and Spain the spectre of Fascism and in the East of Europe the steel face of Communism. Such extremes of belief today seem less significant in the age of Web 2.0, where multiple states of exchange between individuals can seemingly co-exist. As 12-pages’ editorial remit is to create a discourse around contemporary drawing practice and it’s definition, the featured outcomes additionally challenge the ‘drawing’ in some way.

Altered States will be published on 12-Pages, Tuesday 19th July.
Posted by TBC Artists' Collective at 02:55