TBC have published a research document on the blog for Slice, the international art commission that will be exhibited at Rich Mix, London and The National College of Arts, Lahore in September 2011.

The document details rudimentary relationships between drawing, space and performance. It hopefully allows the audience an insight into part of the process that TBC have undertaken in response to Catherine Wheel Alley, East London. It was originally a private publication made to communicate possible ideas between the group members. The research produced features the choreographers William Forsythe and Rudolf von Laban, as well as sculptor Franz Erhart Walther.

Smartphones: To access Radicals and other TBC publications, please click here.
Posted by TBC Artists' Collective at 03:09 No comments:

Founding member, Co-Director and this year’s curator of the Staff Art Show at the National Portrait Gallery, Beverley Bennett, commissioned fellow creatives to follow the brief ‘Radicals’ in conjuction with the 12-Pages Online Project Space.
Exhibitors were asked to take inspiration from sitters within the collection located in Room 18, Art Invention and Thought: The Romantics, which features the likes of William Goodwin, Lord Byron, John Constable and Mary Shelley.
As the project evolved, participants began to move away from the chosen theme by selecting new or existing work. In doing so, individuals emerged to become Non-Conformists, free-thinking Radicals. For more information visit radicalsartshow.blogspot.com.
Posted by TBC Artists' Collective at 01:57 No comments: 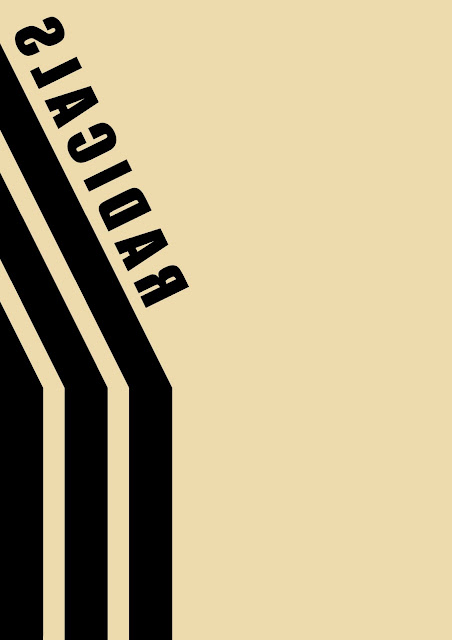 A group of artists, writers, musicians and thinkers in the early nineteenth century, among them the British notables Mary Wollstonecraft, Lord Byron, Thomas Paine, William Blake and Mary Shelley, became known as the Romantics. Priding intuition and imagination over reason and empiricism, their original thought and free speech was a radical departure from Enlightenment rationalism, yielding a cannon of seminal works, such as Paine's Rights of Man and Wollstonecraft's Vindication of the Rights of Woman, whose legacies are enduring.

It has become a topic of contention as to what the term 'radical' means today, such is its ever-changing context. Arguably, since the events of September 11, 2001, pejorative connotations have been dominant. Radical Islam and the threat of terror hang over the globe like the Armageddon of Revelation, precipitating a war between the secular and pious that has prattled on bloodily for a decade. Indeed, the 'radicalisation' page on Wikipedia focuses almost solely on the path to jihadisation and subsequent commitment to the performance of terrorist acts. It can thus be argued that, paradoxically, radicalisation today serves to create something conventional: a homogenous army of self-destructive followers as opposed to the individual, free-thinking, independent agent for positive change that each of the Romantics is remembered as being.

Indeed, worryingly, the gloved hand of the state, fearing the might of the people as demonstrated in the 2011 Tunisian and Egyptian revolutions, is frequently creeping round to silence such independent voices, even in the second decade of the 21st century. Following Ai Weiwei's arrest and detention by the Chinese government, the Booker-Prize-winning Indian novelist Arundhati Roy told The Guardian of the increasing persecution she has received as she continues to polemicise about the problems of the Indian state, its stance on Kashmir, its scant regard for the environment in favour of rapid development and its record on corruption.

Two hundred years after the Romantics paved the way for independent minds to help change the world for the better, and in a world where each individual has the capacity to express and propagate their opinions via free blogging software and microblogging sites such as Facebook and Twitter, it seems inevitable that governments will stymie the potential for anarchy these technological and social developments can engender, for better or worse. Individuals become more radical as societies homogenise. Something must break.
Posted by TBC Artists' Collective at 05:51 No comments:

TBC Artists' Collective has now announced an open call for submissions to its July 12-Pages Online Project Space. Applicants are asked to make a new artwork in response to the theme of 'ALTERED STATES'.

The Avant-Garde was a crucial force in transforming the cultural landscape of Europe after the bloodshed of the First World War. Cultural production became an important element of social and political transformation. Art became a way to question and protest against the established powers. The artist became a revolutionary figure. Today artistic production is synonymous with  the world's most dominant ideology: capitalism. The artist is tied to the art world and the art market.

Taking inspiration from the events of the Arab spring and the reaction to the public spending cuts in the UK this year, July’s 12-Pages brief aims to focus on artistic practice as a catalyst for change. However, it is important to make clear that the work submitted does not have to be overtly based on political struggle. Work produced should evidence the process of art making as an agent of change, which leads to an altered state. This should be interpreted in the widest possible sense. As far as possible drawing should be evidenced in the final outcome.

All responses should be sent to Laura.Davidson@tbcartistscollective.org by midnight on 30th June 2011 to be considered for inclusion in the 12-Pages Online Project Space. ALTERED STATES will be published online in July 2011.
Posted by TBC Artists' Collective at 10:36 No comments: