Currently on show at Rich Mix, London, is Slice, the international art project including new work from artists in London and Lahore. TBC Artists' Collective performative drawing Khoros can be seen in the exhibition, an interactive installation showcasing the work made by the ten artists or art collectives in both cities, shown in the context of the geographical locations in each city which inspired the works. By moving the pointer along the maps of London and Lahore, the artworks are activated and can be viewed on the screens in the gallery space.

Posted by TBC Artists' Collective at 02:12 No comments:

A Message To... Houston

Peters' piece of work is inspired by the legendary firefighter 'Red' Adair (1915-2004) who, during his career extinguished and capped oil well blowouts, both on land and offshore. The project involved collaboration between Peters and TBC's Laura Davidson, based on Davidson's interpretation of a set of instructions supplied to her with relating to a series of drawings made for the project. The instructions to Davidson and Peters' drawings - made from folded paper, reminiscent of flame forms - are below. 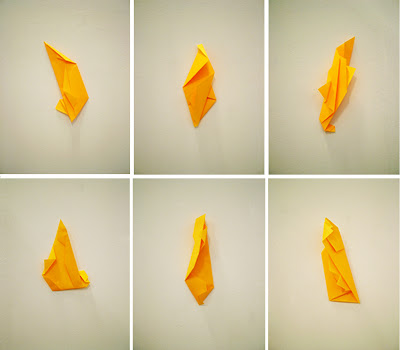 On the 25th of August the works were recreated and scattered along the park in the middle of Heights Boulevard, which divides the lanes of traffic travelling across town. 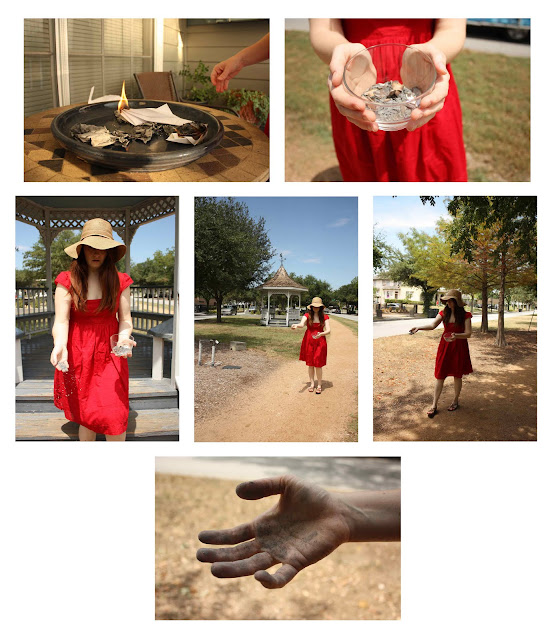 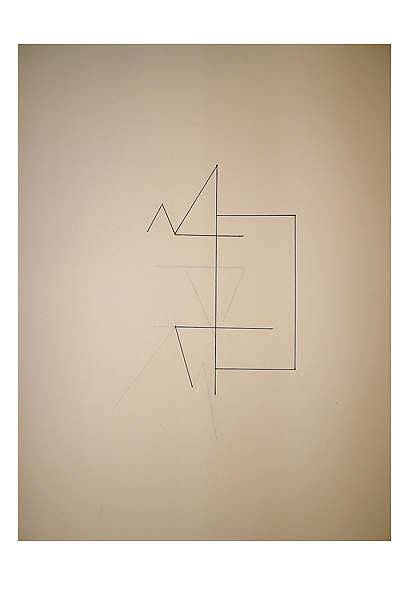 Some persons create history.
Some record it.
Others restore and conserve it.
She has done all three.
Allan Shivers former Governor of Texas
Ima Hogg (1882 - 1975) known as "The First Lady of Texas" was an American philanthropist, patron and collector of the arts and one of the most respected women in Texas throughout the 20th century. Hogg donated pieces of  avant-garde European art to the Museum of Fine Arts Houston (MFAH) during the 30s and 40s. Additionally she donated the Bayou Bend property to the MFAH in 1957 and it now showcases American decorative and fine arts from the 17th to 19th centuries. Even in death she is a key figure of art patronage in Houston, which the home of some of America's most important collections. Works donated by Hogg and other collectors during her time are still loaned to museums and galleries internationally. Evidently Hogg's role in giving Houston a rich cultural heritage impacts on the popularity of the Museum District today. 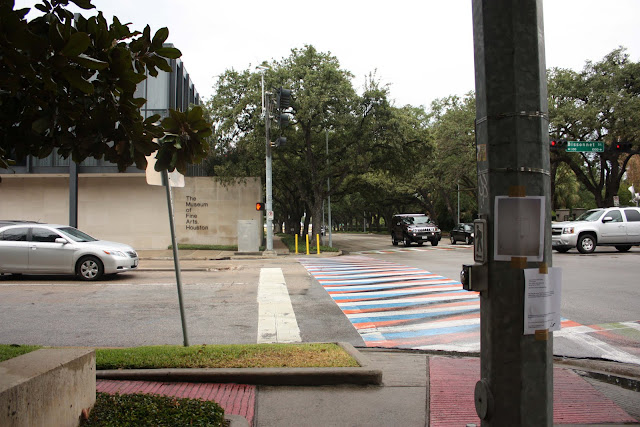 Bennett based her drawing on the Eastern Massachusetts Easy Chair, (1760-1800) a gift from Ima Hogg to the MFAH. The geometric needlework cover served as an inspiration for Bennett's drawing. The crosswalk beside the MFAH also touches on the Glassell School of Art and the Contemporary Arts Museum. This was an ideal location to install Bennett's work as often the lamp posts here are used to promote other cultural events in the city. 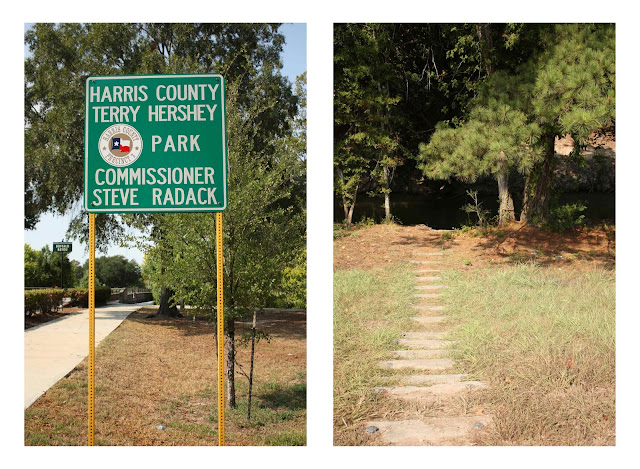 Terry (Therese) Hershey (1922- ) is a well known and celebrated American conservationist. In the Houston area she is most closely associated with 6 miles of Texas parkland that bear her name. The Terry Hershey Hike and Bike Trail would not exist if it were not for her relentless campaigning to stop the Buffalo Bayou from being paved. In the 1960's the bayou was to be stripped of vegetation, straightened and filled in with concrete, a government sponsored project that set to use this method of engineering as a flood prevention measure. Hershey, who lived in the area at the time, campaigned with the proposition that this would lead to flood transference rather than flood prevention. Her fight was eventually taken to the then Congressman George H. W. Bush who eventually succeeded to Hershey's hypothesis that there is a better way to control flooding than destroying the natural habitat. She would then go on to establish environmentalist groups throughout the Houston area and become a founding member of the National Wildflower Center in Austin, Texas. She is still actively involved in conservation to this day. 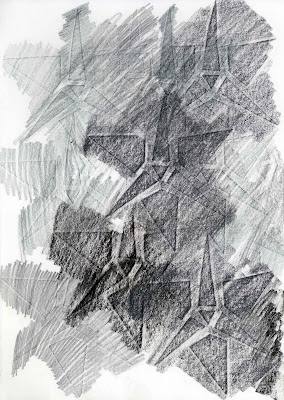 For A Message To... Davidson constructed a small paper boat to be floated along the Buffalo Bayou, buoyed by the natural meander and current of the river. Prior to folding up the boat, a drawing was produced on the paper. Drawing and the botanical have a long history together and with that in mind Davidson undertook research into the endangered plants of Harris County the area, which the Buffalo Bayou dissects. The geometric shapes of the Texas Trillium were chosen to be imprinted on the boat, which glided down the Buffalo Bayou in homage to Hershey. 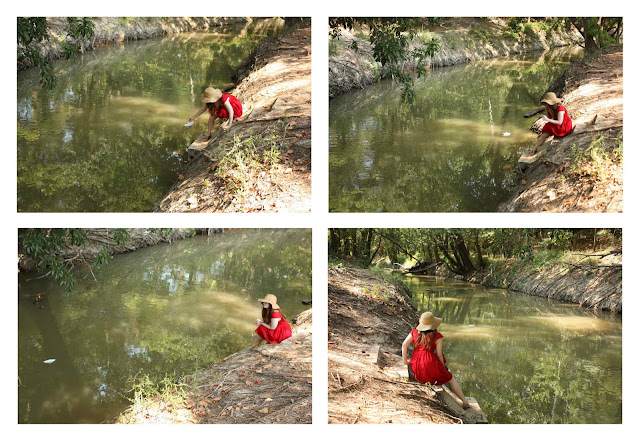 Posted by TBC Artists' Collective at 07:23 No comments:


TBC Artists' Collective have been working on a long-term project called 'A Message To...' The project has previously taken members of TBC to Oxford in January 2011. At the end of August 2011, TBC member Laura Davidson travelled to Houston, Texas and installed works by Beverley Bennett, Charley Peters and herself. Each artist made a new artwork in homage to someone linked to Houston who has in some way contributed to state and national culture.

With guidance from Bennett and Peters, Davidson situated the works around Houston in relevant locations. The sites were as follows:

Beverley Bennett: Crosswalk of Bissonnet and Montrose next to the MFAH
Charley Peters: Heights Boulevard
Laura Davidson: Buffalo Bayou in Terry Hershey Park at Eldridge Parkway
The work will be posted on 12-Pages in the next coming days.
Posted by TBC Artists' Collective at 09:00 No comments: