TBC Artists' Collective are working on a new long-term project called 'A Message To...' The project will take members of TBC to various UK and international locations to make ephemeral interventionist works based on the cities they travel to. On 22 January 2011 members of TBC Artists' Collective - Charley Peters, Beverley Bennett, Laura Davidson, Paul Mendez, James Tuitt - travelled to Oxford to complete the first part of the project. Each artist made a piece of work specifically as a message to a person linked to Oxford who has contributed to national cultural, creative or academic history. 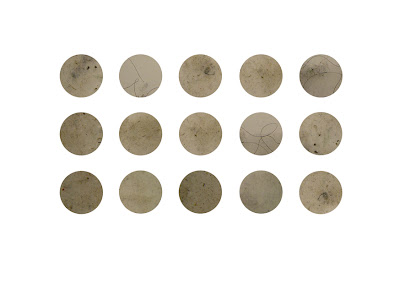 Charley Peters, A Message To… Ann Oakley (2011)
Installed in Pitt Rivers Museum and Modern Art Oxford
Peters' work pays homage to Ann Oakley, a writer and a sociologist who graduated from Somerville College, Oxford. She has written extensively and influentially around issues of sex and gender, housework, childbirth and feminist social science. Her 1974 book 'Housewife' inspired Peters work for this 'A Message To' project, in which she wrote, 'Housework is work directly opposed to the possibility of human self-actualisation'. Peters' drawing is made from dirt samples collected in her studio.
Peters installed one of her dirt drawings in a display cabinet in the Pitt Rivers Museum. The cabinet, on the first floor of the museum, is directly underneath a vitrine containing ethnographic objects relating to marriage, which seemed particularly relevant to the research concerns of Oakley. The second of Peters' drawings was installed in Modern Art Oxford, hidden in a rack of postcards representing artworks that have been shown in the gallery in past exhibitions. 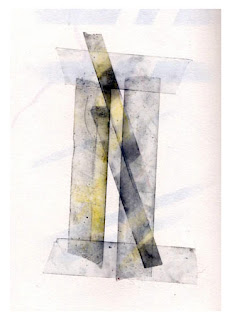 Beverley Bennett, A Message To… Richard Baker (2011)
Installed in Blackwells Music, Broad Street, Oxford
Richard Baker (born 1972) is a British composer and conductor, known equally for his own highly charged and distinctive music and for his performances of contemporary music, especially the music of his contemporaries in the UK. Bennett chose Baker as her subject due to his connection to her place of birth in the West Midlands, and the striking rhythms of his compositions which complement the visual tones of her drawings.
Bennett installed her drawing on a notice board in Blackwells Music store on Broad Street, Oxford. 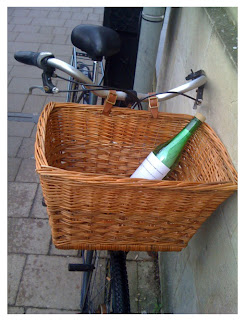 Laura Davidson, A Message To… Maurice Bowra (2011)
Installed in a bicycle basket on Parks Road, Oxford
Maurice Bowra was an Oxford Don who was just as famous for his private life as he was for his academic career. He studied the classics and wrote several books on the subject. He wrote poetry based on his experiences of the First World War. He lived from 1898-1971. He attracted infamy when he was caught bathing nude at Parsons Pleasure in the River Cherwell by the police. Bowra apparently said to them "I don't know about you, gentlemen, but in Oxford I, at least, am known by my face."
Davidson left a message in a bottle for whoever came across her work first - a set of written instructions for how the recipient should undertake a recorded performance as a reference to Bowra. 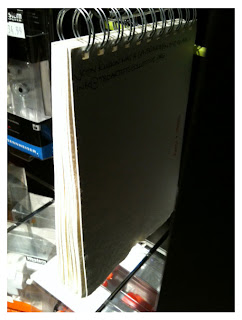 ‘John Ruskin was a generous man, and so am I…’
One of Oxford University’s most celebrated alumni, John Ruskin was a man who used his means for the benefit of progress, both as stern sage writer and philanthropist, evinced by the plethora of streets, schools, colleges and foundations named after him. His disciples included the likes of Mahatma Ghandi, Marcel Proust, Leo Tolstoy and Oscar Wilde.
Khadi paper is associated with Ghandi and the Khadi movement of 1930s India, where the focus was on decentralisation, taking work back to the villages and making things by hand. By installing a pad of Khadi papers at an Apple Authorised Retailer Mendez gave someone the opportunity to explore their own creativity through drawing or handwriting, thus invoking the generous spirit of John Ruskin. 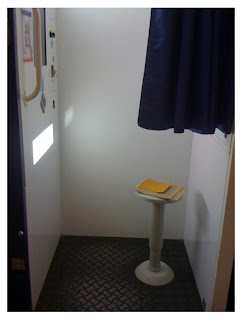 James Tuitt,  A Message To… Wilbert Vere Awdry (2011)
Installed at Oxford Station
Wilbert Vere Awdry OBE, (15 June 1911 – 21 March 1997), studied in Oxford, and was the creator of Thomas the Tank Engine. Tuitt produced his drawing for Awdry  as his stories were a part of his childhood.
The work Tuitt created came from his interest in pattern and repetition and the feelings (frustration, impatience etc.) that come from using these processes in drawing. He chose train tracks as a motif in direct relation to W.V.Awdry, and as it was also reminiscent of the time consuming drawings he did as a child of trains, train tracks etc., all because of his fondness of Awdry's story.

Using wrapping paper on which to produce a checked pattern inspired by the identity/fabrics of Burberry, Tuitt suggests its classic/traditional appeal, the iconic status of its pattern (much like the enduring strong status of Thomas among children), and also how this fascination with trains seemingly disappeared.


Tuitt left this piece of work in the only place he felt suitable; Oxford train station. He bound the work together with string, and wrote on the covering piece of card:
Dear Wilbert Vere Awdry,
Thanks for helping to make me feel almost normal.
I needed it back then.
The 'A Message To...' project will continue to develop as TBC travel to national and international locations and intervene, through drawing, where they visit. Updates will be posted on 12-Pages.
Posted by TBC Artists' Collective at 00:07